Absolutely wonderful Linux operating system and made by Luke. It's focused on keyboard controls and uses only little system resources. I'm using it myself and highly recommend it.

A nice site where one can host their own website for free. I used it myself for hosting my site before moving to my own server. It also contains some tutorials for getting started with HTML (for writing your own websites).

Rents servers. They have servers a bit all over the place. Currently I'm renting a server for hosting this site, email and Minecraft server. (if you follow this link to get your own, I might get some little extra too)

Epik is a nice domain registrar from which you can get your own domain, like this zaros.xyz of mine. Compared to many others, it's also much cheaper. At least while writing this, one can get an .xyz-domain for a year for only 0.54€. It's not a scam either, if you're wondering: There is no automatic renewal and if you do want to continue having your .xyz-domain, it's about 10€ a year. Not too bad if you ask me! Not to mention that they also include free identity protection from whois-services, something that other registrars tend to want extra for. Without it, anyone could see personal info of the domain owner!

The Church of Satan

A rather interesting site from which one can find out about Satanism, should they wish to do so. Their FAQ-section is well made and includes plenty of stuff. They also have a Twitter-account (link to Nitter). They mostly post humourous comments there.

Sites of interesting or funny people 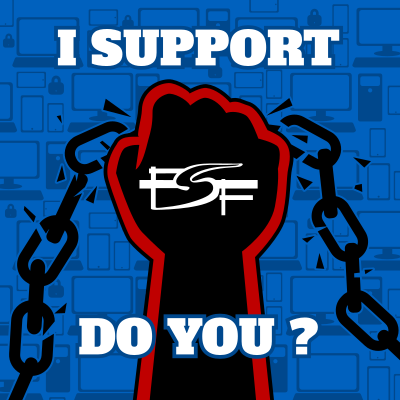 Get rid of Google and other tyrants

These are alternative ways to use different services. They're dependent on the original service providers but provide their users a nicer and more ethical UI. They're of course also free and open software and load much faster! Only minus: No accounts and therefore no access to private accounts.

I only recommend books and stories I've actually finished.